Written by Mike Atnip on 29 August 2011. Posted in Book reviews.

In recent past issues, we at The Heartbeat of the Remnant have taken the offensive against the invasion of Protestant theology into Anabaptist and other “kingdom churches.” As expected, this has raised the ire of some of our readers, but has also raised the hopes of others. Some are canceling subscriptions while others are excitedly climbing aboard with a “Hallelujah!” and an “Amen!”

Written by Mike Atnip on 03 August 2011. Posted in Book reviews.

Following hard on the heels of an article condemning the foolish reading material that the world provides for children is the joyful news that there is something positive to replace the negative that you may have just cleaned off your bookshelf. Yes, in place of Marvin K. Mooney and Curious George, there is the beautiful book called Coals of Fire, authored by Elizabeth Hershberger Bauman. Instead of filling your children’s minds with foolishness and plain old rebellious attitudes found in The Cat in the Hat and similar nonsense, why not give your children a dose of overcoming evil with good? A dose of the kingdom of light overcoming the kingdom of darkness?

Kingdom-Focused Finances for the Family

Like a fresh shower on a hot summer day, Kingdom-Focused Finances for the Family by Gary Miller spilled its cool drops of water into my heart. It is not that the teaching was radically new to me. God had personally been working in my life for years on the subject, de-warping my mind from my childhood culture. But believe me, a book—any book—that dares to take a strike at the pervasive affluence of conservative Christians seems a “fresh breeze.” Like one preacher recently said, “Most of the teaching concerning stewardship in our Anabaptist churches seems like a repackaged version of the American dream.”

Written by Dean Taylor on 19 March 2011. Posted in Book reviews.

Written by Mike Atnip on 01 February 2010. Posted in Book reviews.

Will the Theologians Please Sit Down.

Imagine a sizable group of neighborhood bullies gathered in the shadows of a dark alley, just “hanging out” and practicing their aim by throwing big rocks at an empty dumpster. Bang! Crash!

The neighbors are irked, but none dare stick his head out the window to tell the troublemakers to be respectable and let everyone rest in peace. No, those bullies would probably chuck a rock or two at the window from whence the voice came.

Read more: Will the Theologians Please Sit Down.

Written by David Markwood on 03 December 2009. Posted in Book reviews. 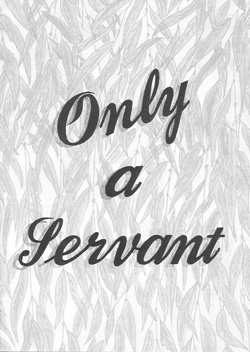 As we journey through this life here on earth as pilgrims and strangers, I find it but a rare occasion that a book of such spiritual quality and true Christian illustration—such as is Only a Servant—surfaces and finds itself truly affecting the cords of our heart. In this day and age we greatly lack examples of what we might call a biblically “perfect life.” (James 3:2) This little book that I often hold in my hand and distribute to others contains one of the few post-biblical examples of such a life, a life that I would deem as perfect in word and deed. To sum up such a life, I would simply repeat the title of this precious jewel—Only a Servant.

The story takes place in another day, the preindustrial age, in a little Slovakian village, where broken relationships and broken lives intermingle one with another in broken ways. The story begins with the sudden appearance of a young and mysterious man whose name is Methodius Ruzansky. The character of this young man is the captivating core of this little book. Methodius is a “perfect” Christian illustration, because his Christianity is fully “missionary based.” He arrives in this little defunct hamlet with the sole intention of ushering in redemption. Methodius is truly a man of the Spirit of God; he so gracefully bears the fruits of the Spirit: love, joy, peace, LONGSUFFERING, gentleness, goodness, faith, meekness, temperance. He demonstrates a life of both simplicity and mobility. He has a single mind and a single eye. He is full of the wisdom of God. He in the truest sense is a missionary, a preacher, a prophet, a NEIGHBOR. There is no compromise in the character and conversation of this young man. His personality, his temperament, his disposition, his faith, his fire: that this is his very moral fiber is absolutely inspiring.

Read more: Only a Servant

Written by Dean Taylor on 02 April 2009. Posted in Book reviews.

Through the Eye of a Needle

Some book topics make quick and easy successes. It is no mystery why titles such as Your Best Life Now by Joel Osteen made a quick jump to the top of the Christian best-seller lists. Tickling ears will always be popular. Roger Hertzler, on the other hand, has written a book that probably won’t make the best-seller lists any time soon. Through the Eye of a Needle is a challenging book that hits western Christians where it hurts—the accumulation of wealth.

Basing the title of his book on the challenging words of Christ, “It is easier for a camel to go through the eye of a needle than for a rich man to enter the Kingdom of God,” Hertzler’s book touches on areas such as retirement, investment accounts, covetousness, and the whole idea of “laying up treasures” in general. Hertzler encapsulates this doctrine in the simple phrase “the doctrine of nonaccumulation”.

Right at the outset, let me say that many of our readers will have difficulty with some of the things written in this book. But even though you may not agree with every single point, there is no doubt that Hertzler’s words are much needed in our modern American, materialistic culture.

Early in the book, Hertzler introduces the foundation of Jesus’ teaching of nonaccumulation by describing two doctrinal pillars. The first pillar is a bit controversial. In general, most Americans would probably say it’s OK to have “treasures” on this earth, as long as your heart is not in them. Hertzler argues that this thinking is completely backward. He quotes Jesus’ words from the Sermon on the Mount, “Lay not up for yourselves treasures on earth” (Matt 6:19). In much the same practical way that the Anabaptists would view the Sermon on the Mount teachings on war and divorce, Hertzler argues that Jesus’ teaching is much more than just an attitude. He argues that regardless of whether we think our heart is in our treasures or not, Jesus simply tells us not to have “treasures”, whether they be bank accounts, investments, properties, or a bunch of excess stuff.

The second pillar is perhaps even more controversial. Hertzler quotes Jesus’ words, “Sell that ye have, and give alms.” What makes this verse so controversial is that Hertzler reminds the reader that in this passage, Jesus is not speaking to the rich young ruler, but to his disciples.

“But rather seek ye the kingdom of God; and all these things shall be added unto you. Fear not, little flock; for it is your Father’s good pleasure to give you the kingdom. Sell that ye have, and give alms; provide yourselves bags which wax not old, a treasure in the heavens that faileth not, where no thief approacheth, neither moth corrupteth. For where your treasure is, there will your heart be also” (Luke 12:31-34).

Further into the book, Hertzler does not just leave the reader with negative overtones and guilt trips. One of the most refreshing things about the book is his excitement over our “investment opportunities“ in the heavenly bank account. Following up Jesus’ words about not storing up treasures on earth, Hertzler emphasizes that Jesus went on to say, ‘But lay up for yourselves treasures in Heaven.” Hertzler says, “In today’s terminology, then, He is telling us to accumulate wealth in Heaven, to invest in Heaven, to save for retirement in Heaven. He is telling us, in essence, to make investments in Heaven in much the same way that people of this world make investments on earth. But how do we do this? What do we physically have to do to lay up treasure in Heaven? Luke 12:33 gives us the answer. ‘Sell that ye have, and give alms; provide yourselves bags which wax not old, a treasure in the heavens that faileth not, where no thief approacheth, neither moth corrupteth.’ So it’s by giving alms that we can make a real investment in a real place called Heaven! And this investment is totally secure from all the problems (thieves, rust, recessions, inflation, and stock market corrections) associated with earthly investments! What’s more, the rate of return is far better than that which any mutual fund manager has ever been able to consistently produce (‘a hundredfold’ according to Matthew 19:29).”

The challenging thing about Hertzler’s positive attitude is that he tells us that simply being “poor” in itself is not enough. There are plenty of self-righteous poor people in religious circles. He goes on to say that the positive part of this command is very important. Hertzler writes,

The doctrine of nonaccumulation, therefore, means more than simply “don’t accumulate.” It also means, according to Luke 12:33, that we are to practice lavish generosity. There are many people who don’t accumulate earthly wealth, but at the same time do not really practice biblical nonaccumulation. Perhaps because of either laziness or else excessive spending, they simply do not have any resources available to accumulate. Maybe they have even read Jesus’ command not to lay up treasures on earth, and in response have cut back on their work, or have started to live in luxury, or have otherwise begun to squander those funds that they formerly had been putting into a savings account each month. In other words, they have stopped laying up treasures on earth, but have not started laying up treasures in Heaven. They simply are not laying up treasures anywhere.

Hertzler proceeds from the teachings of Christ up through the Apostles, and then on into Acts and other related passages of Scripture to support his view. Further, he trails through church history, quoting many early Moravians, Anabaptists, and other committed Christians who also embraced this doctrine.

Concluding the book, Hertzler portrays an imaginary scenario entitled “Frank the Wise Investor.” In this scenario, it is 1986 and Frank has invested in a new little company called Microsoft. He shows how Frank spends all his life saving his pennies to invest everything he could into his account. Some even made fun of how hard he worked, and how frugal he was, putting all his money away in that little account. Finally, at the end of his life, Frank was one of the wealthiest men in the world. Everyone nodded their head in agreement and said, “Frank was a wise investor.” Completing the analogy, Hertzler lays the question to us from a heavenly perspective, asking the fundamental question that I think sums up the heart of this book:

Written by Glendon Fox on 09 December 2008. Posted in Book reviews. 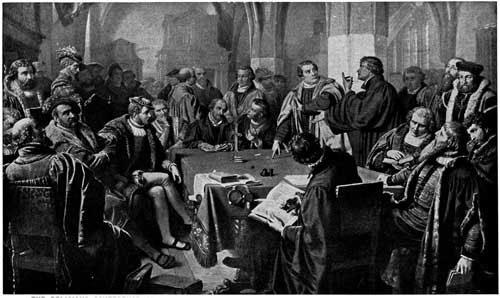 In a previous study of the Reformation in Switzerland, we looked at the birth of the Anabaptist movement, and the Schleitheim confession. Remaining was the question as to how fellow-Christians could become so intensely alienated that they would actually resort to murder in an attempt to resolve the issue.

THE FALL and RISE of CHRISTIAN STANDARDS 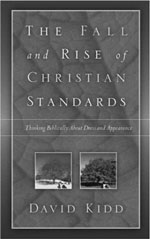 Since I first came into the conservative, “plain” circles, I have been continually challenged by the lifestyles and commitments of the churches and families that I have met.

Read more: THE FALL and RISE of CHRISTIAN STANDARDS