"A revitalized pastor, renewed in heart and spirit to serve God fully" 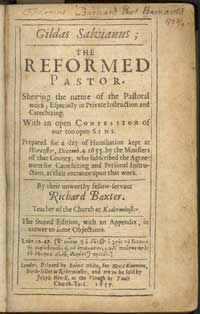 The Reformed Pastor by Richard Baxter was one of those books that I kept bumping into and hearing about for years, but never actually got around to reading it. 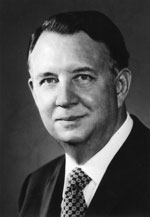 Modern evangelical churches today boast higher memberships then ever before in the history of the church. Local congregations with numbers exceeding a thousand are not uncommon. New publishing companies, record labels, conventions and endless businesses sporting a little fish on their logo have become so familiar that even the world has begun to mimic it.

Written by Clifford Fox on 04 December 2008. Posted in Book reviews.

Felicitus With Her Sons Put To Death For The Faith

In this story you will find a strong woman of God and a strong family even though the father had died. This family was such a strong testimony that the enemy felt that they must be disposed of at all costs to stop them from converting others! ~Clifford Fox 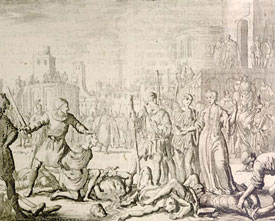 FELICITAS WITH HER SEVEN SONS,
JANUARIUS, FELIX, PHILIPPUS,
SYLVANUS, ALEXANDER, VITALIS,
AND MARTIALIS,
PUT TO DEATH FOR THE FAITH,
AT ROME, A.D. 164

Read more: Felicitus With Her Sons Put To Death For The Faith

Written by unknow on 04 December 2008. Posted in Book reviews.

An Account of the Life and Persecutions of John Wickliffe 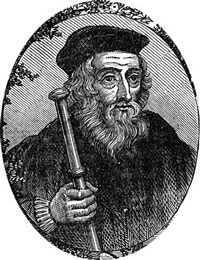 Following is an excerpt from Foxes Book of Martyrs on the life of John Wickliffe. He was turned away from Catholicism by the arrogance and pomp of the bishops and pope.

There were two popes, one in Rome and the other in Avignon, France who struggled to rule the church. He did much to expose the fallacies of the church in his day. He also had the Bible translated to the language of the common people, so that they too could read and understand the scriptures. He was persecuted by the Catholic Church and was called to trial repeatedly, but his friends in the authority of England protected him. Forty years after he died, his bones were dug up and burned by the church as a way of getting revenge and trying to suppress the truths that he had brought to light. ~Clifford Fox

Read more: An Account of the Life and Persecutions of John Wickliffe

Written by Denny Kenaston on 04 December 2008. Posted in Book reviews.

The Deadly Devices of a Sleeping Prophet

Originally “The Peril of Spiritual Maturity” by George B. Duncan
Printed in 1947


Will you turn with me to 1 Kings 13—a passage of Scripture that may not be very well-known; for I want to consider with you some aspects of failure in Christian living which are peculiarly the peril of those who have grown older in Christian experience, and to do so against the background of this story. And if we want a text to focus our thought at the beginning, we shall take it from verse 11, “Now there dwelt an old prophet in Bethel….”

Read more: The Deadly Devices of a Sleeping Prophet

Written by Dean Taylor on 04 December 2008. Posted in Book reviews.

The Pursuit of Godly Seed 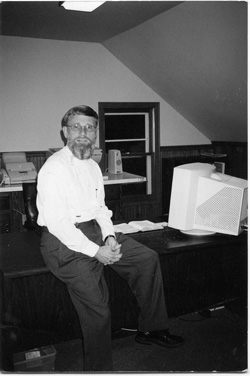 It has been over fifteen years since Denny Kenaston first preached the series of messages known as “The Godly Home.” Since then, tens of thousands of copies of this message have been sent out across the country and around the world. Through the years, countless testimonies of changed lives and new beginnings have flooded the tape ministry, giving glory to God.

Written by Denny Kenaston on 04 December 2008. Posted in Book reviews.

George Muller The Secret of His Power in Prayer

When God wishes anew to teach His Church a truth that is not being understood or practiced, He mostly does so by raising up some man to be in word and deed a living witness to its blessedness. And so God has raised up in this nineteenth century, among others, George Muller to be His witness that He is indeed the Hearer of prayer. I know of no way in which the principal truths of God’s word in regard to prayer can be more effectually illustrated and established, than a short review of his life and of what he tells of his prayer-experiences.

Read more: George Muller The Secret of His Power in Prayer

Written by Dean Taylor on 03 December 2008. Posted in Book reviews. 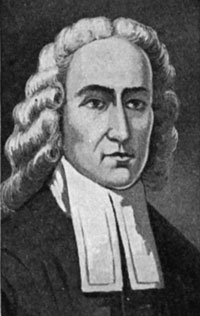 Jonathan Edwards is best known for his fiery sermon “Sinners in the Hands of an Angry God.” In 1734, God used this sermon to spark a revival that swept across early colonial America. The revival made such an impact on early America that historians have labeled it the “Great Awakening.” However, Jonathan Edwards’ burden did not stop with him. He was the father of eleven children, all of which followed after his vision and burden. Without a doubt, his home was on fire for the Lord.

Written by Dean Taylor on 03 December 2008. Posted in Book reviews.

At a furious rate the Christian media today is churning out countless books, CDs, T-shirts, and paraphernalia promoting more pleasure and ease in the Christian life. Careless titles such as He’s Gonna’ Toot and I’m Goona’ Scoot plague the Christian marketplace. To such slapdash attitudes, Maxwell’s book, Born Crucified, makes an unapologetic rebuke.