I am resolved to persevere in sin, and follow the maxims and customs of those around me—though it costs me the loss of my soul, and exposes me to everlasting damnation.

Written by Mike Atnip on 03 November 2011. Posted in Deception.

In Bible times, the only known practical way to preserve fruit and grain juices was to let the juice ferment. The resulting alcohol would then preserve the juice for many years, if needed. When it was ready to be served, most people mixed the fermented juice about one to three with water. The resulting drink had such low levels of alcohol that it was rare that intoxication occurred. (A person would have to drink a gallon or more to get intoxicated.) But when unscrupulous men wanted a good time, the juice (wine) was not mixed with water.

Written by John J. Hostetler on 07 August 2011. Posted in Deception.

King of the Earth

Some time ago, while traveling through Virginia, I picked up a copy of “The Roanoke Times,” with a picture of Moammar Gadhafi on the cover. They quoted him as saying, “I am a fighter, a revolutionary from the tents. I will die as a martyr at the end.” Who would not, if a regime of forty years duration was being threatened? We see the same thing many times throughout history, kings and emperors using all the means at their disposal to keep from losing their power, some even sacrificing the lives of millions of faithful followers.

These earthly kingdoms, and how they function, caused me to think of another kingdom (and ruler) whose boundaries are not drawn on the globe. This tyrant sways his scepter over kings, presidents, the wealthy, and peasants alike; few are the individuals who will not bow at his shrines. This ruler denies his people nothing, yet all his followers are never truly happy (actually, most are quite miserable), and in the end will all be destroyed. I hear you say, “That must be the devil you’re talking about.” No, his name is not Satan, though the devil is his counselor.

Read more: King of the Earth

Written by Anonymous on 28 July 2011. Posted in Deception.

We must reduce our volume to the simple evangelists, select, even from them, the very words only of Jesus, paring off the amphibologisms [ambiguities] into which they have been led .... There will be found remaining the most sublime and benevolent code of morals which has ever been offered to man. I have performed this operation for my own use, by cutting verse by verse out of the printed book, and arranging the matter which is evidently His, and which is as easily distinguishable as diamonds in a dunghill.

So wrote Thomas Jefferson about his project of purging the Bible of misconceptions and false interpretations given by the writers of the four Gospels themselves. By the time he was finished with his razor (yes, he literally used a razor to cut and paste together the sections he wanted!), Jefferson had successfully eliminated any reference to angels, genealogy, prophecy, miracles, the resurrection, and the divinity of Jesus. The final words of The Jefferson Bible are, “Now, in the place where he was crucified, there was a garden; and in the garden a new sepulchre, wherein was never man yet laid. There laid they Jesus. And rolled a great stone to the door of the sepulchre, and departed.”

A Bible without a resurrection! Thomas Jefferson picked and chose what he wanted to believe. He wanted a Bible stripped of everything not directly related to Jesus.

He decided that the rules of the club to which he wished to belong were not the rules he wanted to play by. So instead of changing clubs, he changed the rule book by literally cutting and pasting together only the sections that he found relevant to his interpretation.

Did you catch that? Instead of creating a Christocentric Bible, Thomas Jefferson created a Jeffersoncentric Bible!

While none of us probably literally take a razor to our Bibles, do we in our minds? Do we strive to change the rules of the club (the kingdom of God), or do we seek to change clubs (be born into the kingdom by the power of the Holy Spirit)? ~

Written by Mike Atnip on 25 January 2011. Posted in Deception.

The “Romans Road” Without Detours, Bypasses, and Dead-End Streets 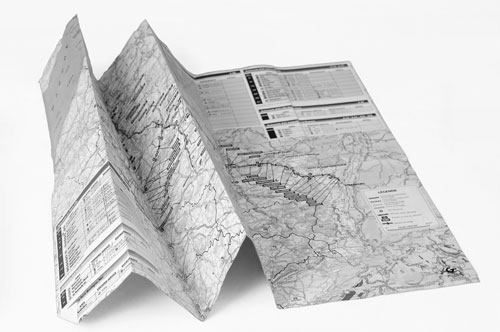 A family friend was travelling with his motor home in another state. Night came upon him, and he stopped in a town along the way to ask a local person if they knew of a quiet, secure place close by where he might park and sleep for the night. “Sure,” replied the helpful man, and proceeded to give him some simple directions to a place not too far away.

Written by Dean Taylor on 01 February 2010. Posted in Deception.

Judgment Day Is Not a Theology Test 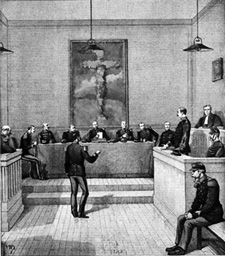 For we must all appear before the judgment seat of Christ; that every one may receive the things done in his body, according to that he hath done, whether it be good or bad. (2 Co. 5:10)

What’s the boldest example of evangelism that you have ever seen? For me, it was when I was fresh out of anesthesia school. I was working in a hospital that employed a lot of foreign medical students and residents. Because of all the students, the operating rooms there were usually bustling with all kinds of people—not just the surgeons and their residents, but the X-ray people had their trainees, the scrub techs had their trainees, the lab techs had theirs, etc … I guess you get the idea—the operating rooms were packed!

Read more: Judgment Day Is Not a Theology Test

Written by Dean Taylor on 12 October 2009. Posted in Deception.

Let no man deceive you with vain words. Ephesians 5:6
Certain men crept in unawares . . . turning the grace of God into lasciviousness. Jude 4

The funny thing about a broken clock is that it is perfectly right twice a day. Think about it … that old clock might have been dead for years, but nonetheless, two times a day its little rusty hands proudly proclaim the time as accurately as the space program’s best atomic clock. However, despite this brief momentary accuracy, for all practical purposes a broken clock is still worthless. And that’s a bit the way that salvation is commonly taught and preached these days. It’s often completely right for a moment...but by and large it is still broken.

Written by Roger Hertzler on 15 May 2009. Posted in Deception.

Sitting in the Gates of Sodom

This past election will go down in history as a significant setback for conservative Christians in America. The “liberals” won the White House, as well as healthy majorities in the Senate and the House of Representatives. The question on the mind of most evangelicals in America was, “Where did we go wrong?” And probably right behind it came the question, “How will we ever get back what we’ve lost?”

Read more: Sitting in the Gates of Sodom

BEWARE OF THE SCRIBES AND THE PHARISEES! 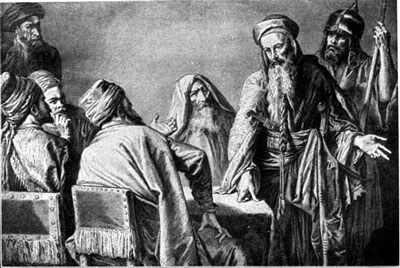 Faith and works as seen by early Anabaptist martyr, Michael Sattler, in 1527

Read more: BEWARE OF THE SCRIBES AND THE PHARISEES!