Dean Taylor is a conservative Anabaptist author and speaker. He was serving in the U. S. Army in Germany when he and his wife Tania came to their convictions against war and the need for Christians to live by the radical teachings of Jesus. In his book, A Change of Allegiance, Dean relates the compelling story of how he and Tania came to their convictions and their struggle to have the army re-classify them as conscientious objectors. 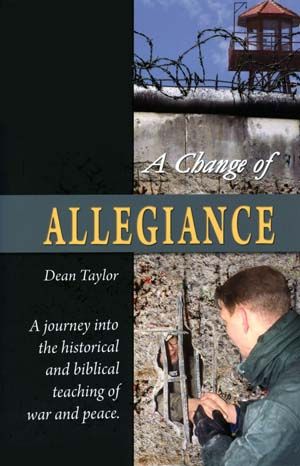 A Change of Allegiance

Dean Taylor. What should a Christian do with Jesus’ words, “Love your enemies?” Is it all right for a Christian to go to war? Doesn’t a Christian have an obligation to defend his country? Dean Taylor and his wife Tania were both in the U. S. Army when they realized that, as committed Christians, they had to come to grip with these questions in a new and sincere quest for truth. They were determined to follow Jesus Christ under the banner of “no compromise. As they began to search the Scriptures and church history, ...
230 pp.Paperback
$ 9.95
Buy Now

Dean Taylor and his wife Tania were both in the U. S. Army when they realized that, as committed Christians, they had to come to grip with these question in a new and sincere quest for truth. They were determined to follow Jesus Christ under the banner of "no compromise". As they began to search the Scriptures and church history, they came to the star-tling discovery that the Christian Church originally was uniformly opposed to Christians going to war or joining the military.

In A Change of Allegiance, Taylor takes the reader on a moving journey through the Scriptures, Christian history, and his own life’s story—demonstrating the incompatibility of Christianity and war. Ultimately, Taylor challenges his readers to consider where their allegiance really lies. 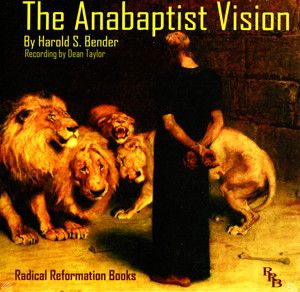 The Anabaptist Vision was a message preached by Harold S. Bender at Columbia University in 1943. It is a radical Christian manifesto calling Christians back to the kingdom message of Jesus Christ. As Bender explains, “The Anabaptists were concerned most of all about a true Christian life, that is, a life patterned after the teaching and example of Christ.” This is Bender’s original message, read by Dean Taylor, author of the recent best seller, A Change of Allegiance.
60 min audio CD
$ 5.95
Buy Now

As Bender explains, “The Anabaptists retained the original vision of Luther and Zwingli, enlarged it, gave it body and form, and set out to achieve it in actual experience. They proceeded to organize a church composed solely of earnest Christians, and actually found the people for it. They did not believe in any case that the size of the response should determine whether or not the truth of God should be applied, and they refused to compromise. They preferred to make a radical break with 1,500 years of history and culture if necessary rather than to break with the New Testament.” 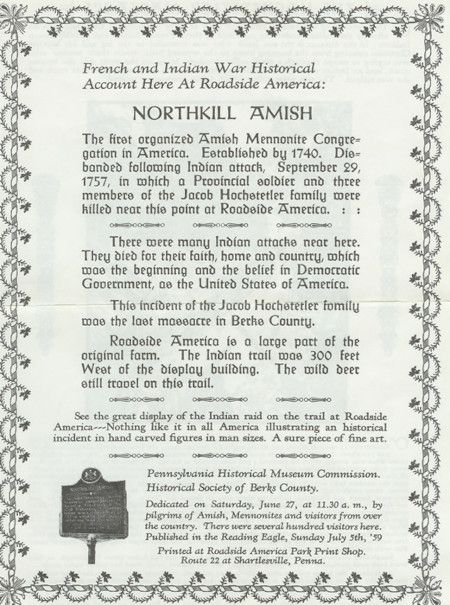 The Northkill Creek area in Pennsylvania was one of the first Amish settlements in the New World. This DVD documentary presents the story of the Jacob Hochstetler family in the Northkill settlement, who chose not to fight back when the French and Indians attacked their frontier home during the French and Indian War. This stimulating documentary challenges the viewer to reflect on the question

Please be aware that this DVD was produced on a minimal budget. That is why we can sell it at such a low price. The picture and sound quality are excellent—similar to most commercial DVDs. However, don’t expect this documentary to be on the level of an expensive PBS or Ken Burns documentary.

For those who would like to spread the word, we offer a special evangelism rate of $2.50 for each Anabaptist Vision cd purchased to give away in evangelism.
60 min audio CD
$ 2.50
Buy Now

Other books you can get from Amazon