How Far Is It To Hell?

Strangers, when they visit the “coal-fields” are often desirous of seeing how the mining operations are carried on, and for this purpose they go down with some of the miners into the coal pits.

Read more: How Far Is It To Hell?

Written by Duncan Campbell on 03 December 2008. Posted in Revival.

Duncan Campbell on The Lewis Revival

There are two things that I would like to say in speaking about the revival in the Hebrides. First, I would like to make it perfectly clear that I did not bring revival to the Hebrides. It has grieved me beyond words to hear people talk and write about “the man who brought revival to the Hebrides.” My dear people, I didn’t do that. Revival was there before I ever set foot on the island. It began in a gracious awareness of God sweeping through the parish of Barvas.

Written by John Wesley on 03 December 2008. Posted in Revival. 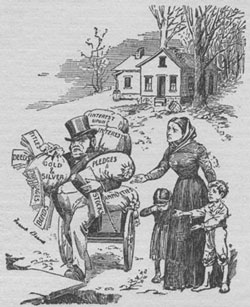 John Wesley, the founder of Methodism, lived to a good old age, having traveled widely throughout the British Isles. In the year before his death and standing on the threshold of another world he said, “One great reason for the comparative failure of Christianity is the neglect of the solemn words, ‘Lay not up for yourselves treasures on earth.’” On another occasion he wrote: “I have only known two Methodists grow rich without declining in grace.” And later he added a postscript: “No not one.”

This faithful shepherd constantly warned his flock about the danger of accumulating wealth without distributing it properly to their less favored brethren. The following entries from his journal reveal how much this subject lay on his heart:

The Role of Prayer in Spiritual Awakening

Not many people realize that in the wake of the American Revolution, there was a moral slump. For the first time in American settlement, women were afraid to go out at night for fear of assault. Bank robberies were a daily occurrence.

The Methodists were losing more members than they were gaining. The Baptists said they had their most wintry season. The Presbyterians met in general assembly to deplore the ungodliness of the country. The Congregationalists were strongest in New England. The Rev. Samuel Shepherd, pastor of a typical church in Lennox, Massachusetts, said in sixteen years he had not taken one young person into the fellowship.

Read more: The Role of Prayer in Spiritual Awakening

Wake up, Church of America! 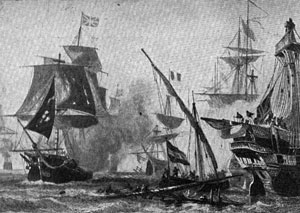 It is time to stop playing around and get serious about this war we are in. Sure, you might say that Christ finished the work on the cross. He finished His; now we need to finish ours.

John Paul Jones was a Scotsman recruited by Benjamin Franklin and urged by the same to come to America to join the war. John Paul, although soft spoken and of calm demeanor, had much quiet strength and confidence. He thus favorably impressed John Adams, who was then serving on the Congressional Committee for the Continental Navy. Jones was eager to prove himself to the Americans, and they allowed him the freedom to choose his own style of fighting.

Written by unknow on 03 December 2008. Posted in Revival. 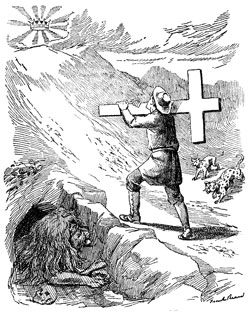 The Resolutions of Jonathan Edwards

Whenever we think of revival, our minds often turn to one of the men God greatly used in the past: Jonathan Edwards. During his brief life of fifty-five years, he became known as a great thinker, theologian and pastor.

Edwards was committed to a desire and discipline unto godliness. He fleshed out some of his hunger for God by making personal commitments he termed “resolutions.” These resolutions provided a framework or pathway for him to follow so he would not stray from God and become cold and indifferent.

Read more: I Am Resolved

Written by Elvin Martin on 24 November 2008. Posted in Revival.

The Kingdom of Heaven Suffereth Violence

“...there is a kingdom in which we should NOT be non-resistant. It is the spiritual kingdom of God. Matthew chapter eleven says that it is taken by force.”

Written by Andrew Murray on 24 November 2008. Posted in Revival.

The Revival We Need

How is the Church to be lifted up to the abundant life in Christ, which will fit her for the work that God is putting before her? Nothing will help but a revival, nothing less than a tremendous spiritual revival. Great tides of spiritual energy must be put into motion if this work is to be accomplished. Now there may be great differences in what we understand by revival. Many will think of the work of evangelists like Moody and Torrey. We need a different and mightier revival than those were. In them the chief object was the conversion of sinners, and incidentally, the quickening of believers. But the revival that we need calls for a deeper and more entire upheaval of the Church. The great defect of those revivals was that the converts were received into a Church that was not living on the high level of consecration and holiness, and speedily sank down to the average standard of ordinary religious life. Even the believers who had been roused by it, also gradually returned to their former life of clouded fellowship and lack of power to testify for Christ.

Read more: The Revival We Need

Written by Anonymous on 24 November 2008. Posted in Revival.

Dear reader: Please consider this parable. Jesus spoke in His day with parables to bring forth a truth, and I have attempted to do the same. Remember, though, to take these earthly symbols and compare them to heavenly or spiritual things. May God enlighten your heart with this story.

Somewhere, in a sleepy vale that lies betwixt Israel and Shinar, was a church. Things were going along quite smoothly and the day was progressing rather normally when the cry arose.

“The church is on fire!”