Written by Mickey Brubaker on 08 December 2008. Posted in Spiritual exercise.

And the Lord spake unto Moses face to face, as a man speaketh unto his friend.
And he turned again into the camp: but his servant Joshua, the son of Nun,
a young man, departed not out of the tabernacle. Exodus 33:11

This verse has thrilled me many times. I love the wonder that is displayed here. This godly man, Moses, is in such a position with God that the Bible says God conversed with him as a man to a man! Moses is a marvel to me, over and over—his godliness… his holiness…his pureness… his brokenness… all this and more, even in the Old Testament.

THE WAY OF HOLINESS 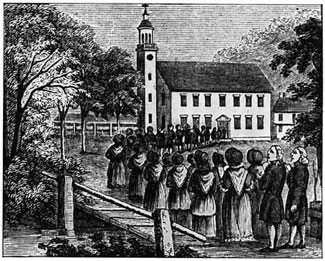 Used of God to bring about the “Great Awakening” in America. Known for the sermon “Sinners in the Hands of An Angry God”. Considered by many to be the “Father of the Evangelical Church”. My question as I read this is…if he is the Father—where did the children go? ~Bro Dean

Many are not sensible enough of the necessity of holiness in order to salvation. Everyone hopes for heaven, but if everyone that hoped for heaven ever got there, heaven by this time would have been full of murderers, adulterers, common swearers, drunkards, thieves, robbers, and licentious debauchers.

Read more: THE WAY OF HOLINESS

Written by unknow on 08 December 2008. Posted in Spiritual exercise. 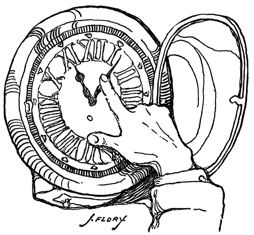 The greatest joy of an active mind is to be doing, to be achieving. O! It is a balm for all the woes of life, to be able to look upon the beneficial results of ones own labor. I have heard a man say he would almost be willing to bear the gigantic trials of the Apostle Paul’s life, if he might but do his work and achieve his success.

Written by altarofpraise on 08 December 2008. Posted in Spiritual exercise. 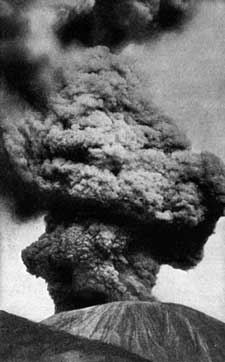 Taken from the CD Gospel tract
found at
www.altarofpraise.com

or email us for a copy

The date was December 15, 1989. There was a volcanic eruption in Alaska that shot ashes miles & miles into the sky, filling the atmosphere with dust and ashes. A Boeing 747 jumbo jet was flying in that area with 231 passengers on board at 18,000 feet.

They did not know about the volcano and the pilot unknowingly flew the aircraft into the eruption cloud. As the pilot attempted to climb out of the cloud, tiny ash particles stalled all four engines. The pilot announced on the public address system, “All four engines have stopped and we are GOING DOWN!”

Imagine yourself on that airplane! What do you think was going on in the cabin of that aircraft? Suddenly nothing else mattered any longer, but the stark reality that we are all going to die! Do you think anyone requested drinks, food or magazines? No one did!

Written by Watchman Nee on 08 December 2008. Posted in Spiritual exercise.

The Principle of Praying Thrice 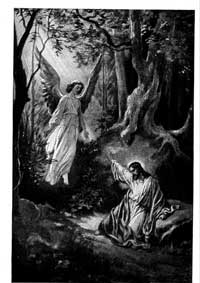 “And He left them again, and went away, and prayed a third time, saying again the same words.” Matt 26:44

“Concerning this thing I besought the Lord thrice, that it might depart from me.” 2 Cor 12:8

There is one particular secret about prayer that we should know about, which is, a praying three times to the Lord. This “thrice” is not limited to only three times, it may be many times.

The Lord Jesus asked God three times in the garden of Gethsemane until His prayer was heard-at which point He stopped. Paul too prayed to God three times, and ceased praying after he was given God’s word. Hence all prayers should heed the principle of thrice. This “thrice” does not mean that we need only pray once, twice, and three times, and then stop. It simply signifies the fact that before we stop we must pray thoroughly until God hears us.

Written by T. Austin-Sparks on 08 December 2008. Posted in Spiritual exercise.

The INTRUSION of Natural Life in the Service of GOD

We have been at pains to show that Christianity has become very largely another Judaism, an outward system and a historic tradition. But it has become more than this. In its principles, methods, and means, it has largely become conformed to this world or age.

Were we wanting to deal with the negative or defective aspect of things, it would not be difficult to write whole chapters on the weaknesses of present-time organized Christianity; but we would rather use our time and space on the positive line.

Read more: The INTRUSION of Natural Life in the Service of GOD

Written by Out and Out Magazine 1907 on 08 December 2008. Posted in Spiritual exercise.

A Promise for Service 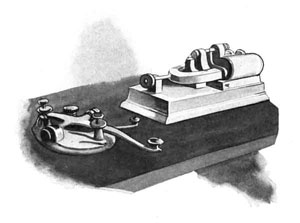 “If ye ask, I will do.” Concerning those things which only God can do, we naturally betake ourselves to prayer. For knowing that we ourselves cannot do them, we find our hope only in that asking which brings God’s doing.

But let us remember, too, that our own personal service, in the things which we can do, needs also that asking which will bring God’s doing into it. Do we realize that everything we do, need to be saturated with the spirit of prayer that God may be the real doer, the real worker in the things which we are busily doing? Yet this is a mighty truth: “If ye ask, I will do” applies to your own service as well as your intercession for others.

Read more: A Promise for Service 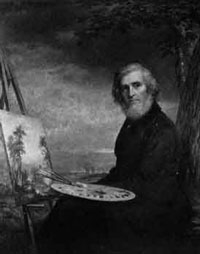 When Apelles, the Greek painter, was asked why he bestowed so much labor upon his pictures, he replied, “Because I am painting for eternity.” He used the word as a bold figure of speech; but we may use the word literally when we say that we are painting the pictures of our lives for eternity.

We use fast colors. Whatever pure and holy word or deed be wrought into that picture will stand there, imperishable and immortal. Whatever selfish or sinful thing be painted on that life-canvas can never be washed out, except by the application of the blood of Jesus here in this present life.

Written by Mike Atnip on 04 December 2008. Posted in Spiritual exercise. 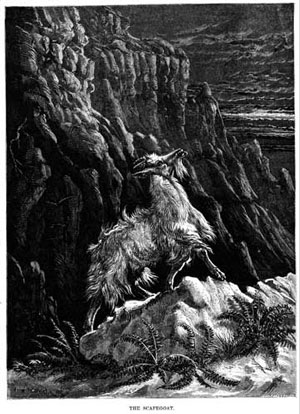 Behold the Lamb of God,
which taketh away the sin of the world.
John 1:29

Are you like me? I mean, does the book of Leviticus at times seem a bit of an unnecessary appendix to the revelation of God to man?

If so, join me for a few minutes in an exciting journey into the realms of types, figures and shadows. Once the shadow is seen for what (or who!) it really is, Leviticus will be changed into a gold mine for you! In addition, your life may just change forever as well!

Shadows are slippery objects. It is hard to get a grip on one, and unless the body that makes the shadow is understood, all kinds of weird imaginations can arise.