Written by Dean Taylor on 05 April 2010. Posted in Spiritual exercise.

When God Refuse to Answer

In the early morning hours of December 7, 1941, an Army radar base on the northern tip of Hawaii suddenly noticed a target echo, larger than they had ever seen before. They promptly notified a lieutenant at the Intercept Center: “Large number of planes coming in from the north, three points east.” Upon receiving the notification, the man in charge ignored the warning, assuming it was the scheduled arrival of six US B-17 bombers. The radar base had neglected to say just how large the target echo had been, and the warning went unheeded. Instead of six friendly B-17s, those blips on the radar were several hundred Japanese aircraft, which 55 minutes later began destroying the US fleet at Pearl Harbor.

Sometimes we hear people saying “Ignorance is bliss.” While this might be true for a moment, the fact is, the truth eventually comes out. What is more, like the US Military on Hawaii on December 7, 1941, I have found that ignorance, and especially deliberate neglect, only makes matters worse.

Written by Michael McDaniel on 01 February 2010. Posted in Spiritual exercise.

Strange title, right? Let me explain. I have a vinyl siding business, and recently purchased a forklift to unload and position 12’ long pallets of siding. Having never operated a forklift before, I learned quickly that the controls were opposite of what I felt was logical. For example, I pushed the lever forward to lift the pallet, since to me that appeared to be “up.” Wrong. It lowered the pallet down instead! Conversely, to lower the pallet, I instinctively pulled back on the lever, which—to me—logically meant “down.” Wrong again. It lifted the pallet up! The first few times driving the new machine, I found myself falling right back into my predictable pattern of dropping the pallet down when I meant to raise it up, and vice versa. I thought about painting the little arrow indentations on the knob with colors that would dictate the proper action. 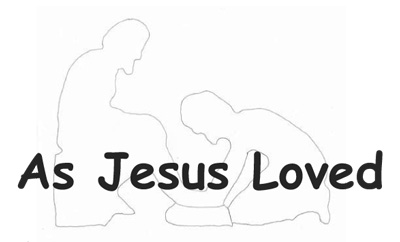 Written by Ante-Nicene Fathers on 12 October 2009. Posted in Spiritual exercise.

Voices from the Early Church On the Mortality

In the middle of the third century, a severe plague swept through North Africa, killing tens of thousands of people – Christian and pagan alike. In some places, the dead outnumbered the living. Some thought the end of the world was imminent. Many Christians were surprised that they too were afflicted by this deadly plague. Cyprian encouraged and challenged his fellow Christians with these words:

Read more: Voices from the Early Church On the Mortality

Do ALL to the Lord Jesus

Some of you, my brethren, have no doubt known, at times, the following state: After a busy day spent in your duties to others, you finally stand alone with God. All the events of the day now seem as one empty turmoil. The soul seems to have been dead the entire day. And now it has only a faint sickly life, having been away from God all day. The whole day since you last prayed to Him, seems to have been lost. It was all one busy emptiness, because God was not in it. Where was the evil in this? What is the remedy?

Read more: Do ALL to the Lord Jesus

Written by Rachel Weaver on 15 May 2009. Posted in Spiritual exercise. 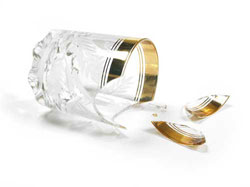 “If we allow Him to, the Master Architect will take the broken pieces of our lives and put them together in a way that the sunshine of His love can shine through both the light and the dark pieces.”

A sweet friend said that to me one day in the middle of an unusually long, difficult trial that I was going through, and I perked up my ears. Then she continued, “Looking back along the years of my life, I can see where He has taken both the bright pieces and the dark ones and put them together. When the light shines on all these pieces at once, they are amazing! They remind me of His glorious Presence!” She went on to talk about the broken pieces of her life and how the Master had used them and how, even now, she was beginning to see some of the beauty of what He was doing.

Written by Rachel Weaver on 09 December 2008. Posted in Spiritual exercise.

Here are some true examples of what a song can do.

Written by Charles Spurgeon on 08 December 2008. Posted in Spiritual exercise. 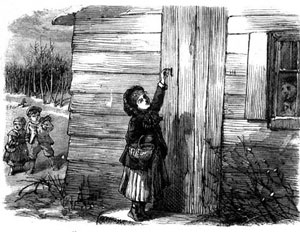 Whenever you cannot understand a text, open your Bible, bend your knee, and pray over that text; and if it does not split into atoms and open itself, try again.

If prayer does not explain it, it is one of the things God did not intend for you to know, and you may be content to be ignorant of it.

Prayer is the key that opens the cabinets of mystery!

Prayer and faith are sacred picklocks that can open secrets, and obtain great treasures! There is no college for holy education like that of the blessed Spirit, for He is an ever-present tutor, to whom we have only to bend the knee, and He is at our side, the great expositor of truth!

Written by the Dohnavur Fellowship on 08 December 2008. Posted in Spiritual exercise.

The question is often asked, “How can I best begin at home to prepare for the life of the mission field?” Here are a few practical suggestions:

Effort • It will not be easy. We must go out of our way to acquire this preparedness. We are called to a strict training for a hard fight which will not end till we hear God’s ‘Well done.’

Difficulties • Let us learn to choose the hardest things, to do what others leave undone. We can begin in the ordinary affairs of home life. The joy of hard climbing and the glory of the impossible should not be mere phrases but experienced facts.