Lord pierce my ear, I am your servant. I will faithfully follow and serve you the rest of my days. A free man I’ll never be. Lord I love you. You are my all in all. I surrender all. My life, my love, my all I give to you. Where you lead me I will follow. What you say I will do; where you send I will go. It’s all yours Lord, including my own life. Take it Lord, and use it; like Job of old “Though He slay me, yet will I trust Him.” 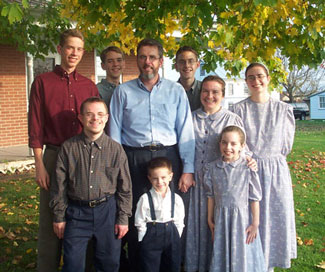 Greetings in Jesus’ Name from Oklahoma! This past week I encountered a very frightful experience. I was sitting on the steps on our back porch with my brother Colin and my grandmother who was visiting at the time. My other brothers were attempting to chase down the goat escapees. Little Noah (4) decided to join in the fun and ran off with everyone else. I started calling to him to come back, because I knew it could be a dangerous situation with animals and big brothers running around the yard.

Allow me to relate the following, stranger than fiction, true story.

A few years ago we were at an all night prayer meeting on Halloween night. Except one lady, all were total strangers to us. We arrived and sat down in the living room. (This prayer meeting was called to intercede against the works of Halloween Witchcraft, Human sacrifice, etc.)

We Will Believe God 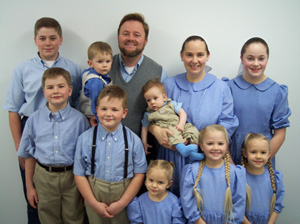 Though already a busy family of ten, we were blessed abundantly with the arrival of Joshua Abel in September of 2003. It makes it easier for the family to settle back into a routine if the new baby is content and will rest fairly well, but I noticed right away that this baby was fussier than any of the others had been. He acted like he was in pain.

Read more: We Will Believe God

I am so blessed and so free! I would like to share what the Lord did for me this past spring. He truly liberated me! Praise God! 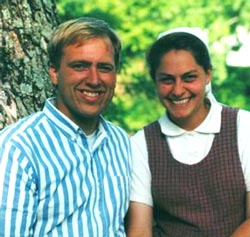 Ever since I was young, I have struggled with fears. Oh, how I longed for peace! I remember not sleeping well…and oh, the struggles! Often I went to my parents for help. If only I could be free to be at rest, and to rejoice in the Lord! Free to live, and enjoy each new day with the strength and peace of God! 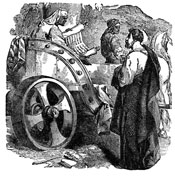 Our precious Lord is so very gracious and longsuffering with sinners like me. For so many years, His Spirit lingered and the angels watched, awaiting the time when my heart would be fully turned toward Him. As a professing Christian for 35 years, I had a form of godliness but denied the power thereof. Although I attended services regularly, preached sermons and believed I was born again, I was in fact lifeless.

Written by unknow on 03 December 2008. Posted in Blessing corner - testimonies.

The Pilgrim Church of Leamington, Ontario, was started back in October of 1999. At that time most of them were from the Old Colony Mennonite background. God began to stir in their hearts in such dramatic ways, that they were looked upon as strange people. They started having Bible Studies and carried their Bibles to church. Most of them were converted in a local Mennonite Church, though the plan of salvation was not clear. God has been working in their lives ever since, conforming them more and more into the image of His son, Jesus Christ.

As a child Growing up in New York City I heard nothing about submission. I was married when I was thirty-two, and it was around that time I first started hearing about the idea of obeying your husband. I thought, “Oh, okay, I’ll obey him.” But I had no idea how unsubmissive I really was. It was not until later that the Lord showed me my attitudes, my controlling spirit and other destructive areas of my life.

The Power of God’s Word to Heal 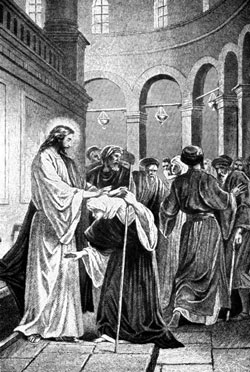 Their soul abhorreth all manner of meat and they draw near to the gates of death Then they cry unto the Lord in their trouble and He saveth them out of their distresses He sent His word, and healed them and delivered them from their destructions Psalms 107:18-20

This is a testimony of how God is powerfully using His Word in China.

Read more: The Power of God’s Word to Heal