Written by John Newton on 03 December 2009. Posted in Non-resistance.

A Letter on True Patriotism

Allow me to say that it excites both my wonder and concern that a Christian minister such as yourself should think it worth his while to attempt political reforms. When I look around upon the present state of the nation, such an attempt appears to me to be no less vain and foolish, than it would be to paint the cabin—while the ship is sinking! Or to decorate the parlor—while the house is on fire!

When our Lord Jesus was upon earth, He refused to get involved in disputes or politics, “Friend, who appointed Me a judge or arbitrator over you?” (Luke 12:14) “My kingdom is not of this world! If My kingdom were of this world, My servants would fight!” (John 18:36). God’s children belong to a kingdom which is not of this world; they are strangers and pilgrims upon earth, and a part of their Scriptural character is that they are the “quiet in the land.” (Psalm 35:20)

Written by Dean Taylor on 03 December 2009. Posted in Non-resistance. 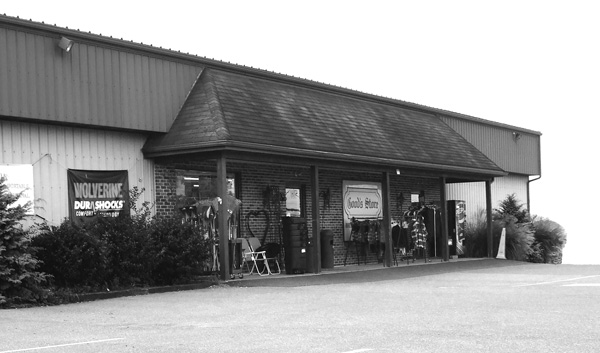 Written by Pablo Yoder on 12 October 2009. Posted in Non-resistance.

Coals of Fire in Siuna

If you were robbed more times than you have fingers, what would you do if you finally had a chance to visit your robbers?

I looked straight into the lead robber’s eyes. His gaze didn’t flinch. “I want you to know that I love you and forgive you.”

Did he understand why I was there? What would he do if he got out of prison, now that he knew I knew who he was?

About a month before, three robbers had held up a bus in broad daylight just outside of Siuna (about 100 kilometers east of Waslala, Nicaragua). After releasing the bus, the robbers had changed their clothes, hidden their guns in their backpacks, and nonchalantly caught a ride to Siuna on a truck. They thought no one would recognize them. They were from faraway Waslala. But a boy from the robbed bus caught a ride on the same truck and recognized the robbers. Once they arrived at Siuna, the boy ran to the police station and reported it. The police caught the guys, who still had the stolen money on them.

Written by Mike Atnip on 02 April 2009. Posted in Non-resistance.

A Pen or A Sword

Read more: A Pen or A Sword

Written by Dave Esh on 08 December 2008. Posted in Non-resistance.

Is Christ the Rock of your salvation? In I Corinthians 10 Paul calls Christ a Spiritual Rock. And in Palms 95:1 David calls the Lord the Rock of his salvation. God often uses similitude or allegories to help us to remember things of importance. Christ is our sacrificial lamb, His word is seed for the sower, our sword is the Bible, our faith is our shield, and on and on. I believe He does this to help us to remember, to help it stick in our minds.

Written by Nathan Grice on 08 December 2008. Posted in Non-resistance.

In our lives we brush shoulders with the world almost every day—a world that is lost. A world that, in almost every aspect of its culture and existence, defies God, and works against His holy will. This “spirit” of the world is not only consistently doing this to Him, but also seeks to distract, divert, and ultimately destroy the Christian.

Written by Christian Printing Mission on 08 December 2008. Posted in Non-resistance. 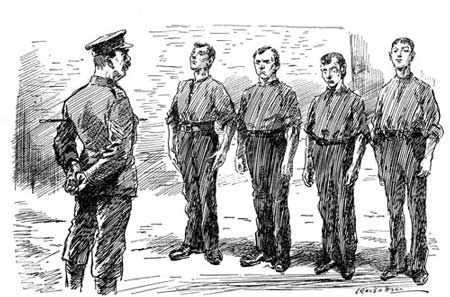 Written by unknow on 04 December 2008. Posted in Non-resistance. 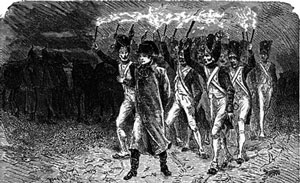 The citizens of Feldkirch, Austria, didn’t know what to do. Napoleon’s massive army was preparing to attack.

Soldiers had been spotted on the heights above the little town, which was situated on the Austrian border. A council of citizens was hastily summoned to decide whether they should try to defend themselves or display the white flag of surrender. It happened to be Easter Sunday, and the people had gathered in the local church. The pastor rose and said, “Friends, we have been counting on our own strength, and apparently that has failed. As this is the day of our Lord’s resurrection, let us just ring the bells, have our services as usual, and leave the matter in His hands. We know only our weakness, and not the power of God to defend us.” The council accepted his plan and the church bells rang. The enemy, hearing the sudden peal, concluded that the Austrian army had arrived during the night to defend the town. Before the service ended, the enemy broke camp and left.

“The Biblical term ‘the kingdom of heaven’ does as clearly denote an actual empire as the term ‘the United States of America’ speaks of an actually existing state; the local difference being that the latter is divided from England by a stretch of water, and that the former is located in the heavens. Of that heavenly empire God is the Sovereign, and hence it is also called ‘the kingdom of God.’ Of its angelic rulers, officers, subjects, and soldiers, and their doings, Scripture speaks positively and largely; as well as its administration and of its dominating influence over the affairs of men and nations on earth….