Written by Rick Hess on 03 December 2009. Posted in Non-resistance. 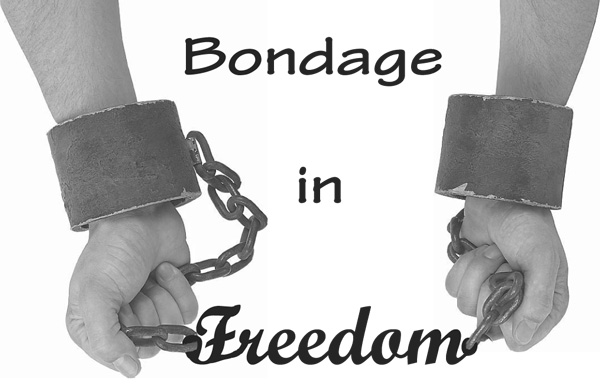 In April 1992, an angry resident of Sanilac County, Michigan, wrote a letter to the Michigan Department of Natural Resources. He was announcing his rejection of the “Corporate State of Michigan and the United States.” He was denying his citizenship and their authority over him. And, he was expressly revoking his signature on any hunting or fishing licenses that they had asked him to sign, which he viewed as contracts that fraudulently bound him to the government. Three years later this man would become known to the world: Terry Nichols, friend and accomplice of Timothy McVeigh, who bombed the Oklahoma City Federal Building.

These men subscribe to a very unique set of beliefs. Their system of beliefs arose in the 1970s, out of the anti-establishment movement, developing more fully in the 1980s into anti-government movements. There are various groups with varying degrees of involvement in anti-governmental actions, from vigilante groups, White Supremacist groups, to groups that profess to be churches (some closely paralleling Anabaptists in certain ways), as well as Islamic and pseudo-Jewish groups. Their doctrines are promoted by tracts, vigilante courts, seminars, and shortwave radio, as well as Internet “Schools of Common Law” and preaching.

Their tactics vary greatly. Obviously, most of them do not blow up buildings, but in varying degrees they despise and deny the secular government's right to have authority over them. They believe they are standing for their rights; they are “freedom fighters,” using many tactics against the “great beast” of the U.S. government. Typically they reject driver's licenses, mandatory auto insurances, vehicle registrations, Social Security numbers, birth certificates, marriage licenses, and even the use of ZIP codes! They are known for using all sorts of methods to hinder the government, such as employing fraudulent liens, lawsuits, bogus financial instruments, fake auto IDs, misuse of IRS forms, threats to government officials and their families, and various financial scams … even occasionally to armed standoffs with the police. They call themselves by different names: Sovereign Citizens, The Posse, Ambassadors of Heaven, or most often … Freemen. They would say they are true patriots, standing for life, liberty and the pursuit of happiness. Some would say that only Yahweh is their authority and Him alone will they obey.

Really, none of these things are altogether new.

I'd like to jump back 2000 years and ask a few questions to stir our memory. Who were the Zealots? Why did they end up not following the Lord Jesus Christ? Why did they, for the most part, miss the salvation that God had sent for them?

The Zealots were a fanatical right-wing sect who were alive and well when Jesus was teaching and preaching in Israel. They were a political party of the Jews who (along with many others) despised the Roman dominion over them. They were very nationalistic, militantly opposing the Roman government. Their name means “Jealous” or “Zealous” in the Aramaic language. They were self-professed followers of Levi and Simeon (who avenged their sister’s rape upon Shechem), Phinehas (who speared a Jewish man and Moabitish woman for their fornication, staying the plague in the camp), and Elijah (who slew the 850 prophets of Baal and Ashteroth).

They believed they were truly devoted to God and His laws alone. Though they held some similar views with the Pharisees, they were distinctly different on a few points. Zealots felt it was treason against God to pay tribute to Rome, since God alone is Israel's King. They were willing to use any method of guerilla warfare to fight for Jewish independence. Although they were His contemporaries, sadly, the majority of them never accepted Jesus Christ as their Lord and God-sent Messiah! 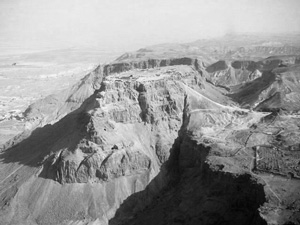 Their movement eventually degenerated into a band of cut-throats called Sicarii (dagger-men, in Latin). Their increased fanaticism provoked the Jewish-Roman war of the first century. In 66 A.D., they attempted to take full control of Jerusalem. This led to the horrible siege and destruction of the city of Jerusalem by the Roman general Titus in 70 A.D. This was what Jesus had warned would come to pass (Matthew 24), before he was crucified outside the city walls. The last Zealot stronghold was the highly fortified Masada, which fell to the Romans in 73 A.D. when some 900 Zealots committed mass suicide, rather than surrender to the Roman authorities.

Why, when the Zealots were so desirous to serve God and to know and do His will, did they miss becoming followers of the only true Saviour, the Lord Jesus Christ?

The problem was that they had a totally false concept of what freedom is in the Kingdom of God. Like many other similar movements since that time, this false belief became a mighty stronghold in their lives. They failed to understand that true freedom comes when:

When you study Jesus' teachings, it is not hard to see why the Zealots could not follow Jesus while still in their stronghold of false belief. Consider the following areas where Christ’s teaching contradicts the “Freemen” mentality:

All this was unthinkable to the Zealots, whose “stronghold of false doctrine” blinded them to believe that God only speaks Hebrew, only accepts Hebrew culture, only saves Jews, and only desires Israel as a nation.

One of the greatest reasons the Zealots didn't choose Jesus was that they had already chosen another “saviour”: The man Barabbas, who was chosen for sedition (rebellion to government authority) and murder. His name ironically means:

When the crowd was crying, “Free Barabbas!”, they were saying “We choose the son of the Father!” But God has only one begotten Son, the Lord Jesus Christ, and for Him they cried, “Crucify Him, crucify Him!” They followed a deceiver, a false deliverer, a false Messiah. Their end was death, destruction, and bondage to sin, self, and Satan … and for those who never repented, an eternity in Hell.

So, what should I do if I realize that I have believed a lie and have allowed myself to be influenced by the Zealots of our day?

May God bless you with the true freedom of the sons of God! 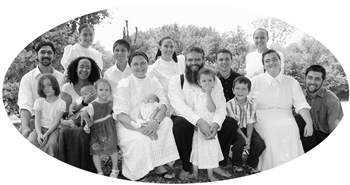 Rick and Cherry Hess live near Myerstown, Pennsylvania, where he works as a research and development cook at Dutch Valley Foods. They have 11 children ranging in age from two months to 29 years old. Two sons are married, one son has gone to be with the Lord, and a single daughter is serving in Haiti. Seven of the children are still at home. Rick and his family attend Harmony Christian Fellowship, which meets in the Myerstown area of Lebanon/Berks County, Pennsylvania.

Rick and Cherry, along with their family, have been blessed to serve in Haiti (1997-2000) and still enjoy going back to visit and encourage the church there. He currently helps stateside with the committee of H.I.M., Harmony's mission outreach to the Sichela tribe of Rukwa Valley in western Tanzania. Rick enjoys preaching the gospel, organic gardening and farming, studying history—especially of the church—and their three grandchildren (included in the family picture.)