Written by Unknown on 15 May 2009. Posted in Christian Living.

The Window and the Mirror 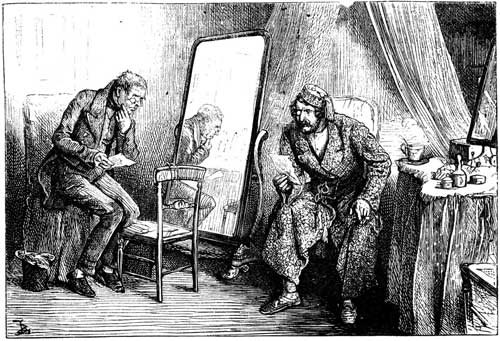 A very rich young man went to see a rabbi in order to ask his advice about what he should do with his life. The rabbi led him over to the window and asked him:

“What can you see through the glass?”

Read more: The Window and the Mirror

Written by Richard Baxter on 02 April 2009. Posted in Christian Living.

Written by Don Kistler on 09 December 2008. Posted in Christian Living.

“ O my soul. I am pained in my very heart.” God is complaining here. “My people have not known Me.” He says that His people are foolish, and the essence of their foolishness is that they do not know Him!

For us to understand God, He must speak to us in anthropomorphic terms. When He speaks to us of anguish, He must explain it in a way that we can understand. In Jeremiah 4:19-22, we have God crying out as if He were a human being: “O my soul. I am pained in my very heart.” God is complaining here. “My people have not known Me.” He says that His people are foolish, and the essence of their foolishness is that they do not know Him!

Written by Claudia Esh on 09 December 2008. Posted in Christian Living.

THE BEAUTY OF “WE” 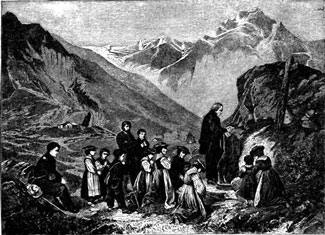 I saw an interesting article this evening. It was about the Anabaptists and had a sentence that I’ve been thinking about: ‘I sometimes wonder what it would have been like to have been part of the “we” of Michael Sattler’s congregation at Horb, or Conrad Grebel’s group of followers in Zurich.’

Read more: THE BEAUTY OF “WE”

Written by Charles Spurgeon on 09 December 2008. Posted in Christian Living. 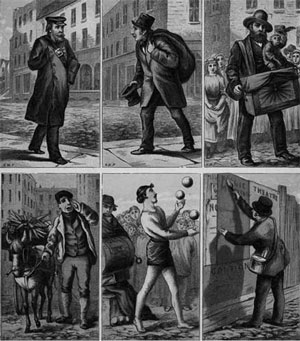 Either Christianity is the grossest deception that was ever palmed upon mankind, or else it is one which deserves the whole life and force and strength of every man who has been blessed by it!

Some Christians live as though truth were a lie, and as though the doctrines revealed of God were but a delusion and pretense!

In the light of eternity, all things except for serving God, are mere child’s play, mere theatricals, mere masquerading. They are but the performance of a carnival, the jests of a comedy, the laughter of a pantomime. It is only ‘serving God’ that is doing immortal work; it is only living for Christ that is living at all!

Written by Ian Thomas on 09 December 2008. Posted in Christian Living.

Your Picture or Your Life? 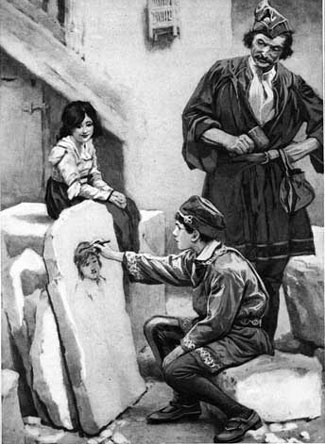 The artist, way up on the scaffolding, stood back to admire his own handiwork. He had been painting the most beautiful picture on the underside of the cathedral dome. And as he paused in his work and stood on the platform, he was intoxicated as he drank in the sheer genius of his own ability.

It was beautiful; he never would have dreamed that it would turn out so well. And completely enraptured, he stepped back to get a better look, and stepped back yet again, and again, until one more step backward would send him plunging to his death on the stone floor of the lofty cathedral. But he was totally unaware, he was caught up in his own handiwork, he was intoxicated, he was drinking it in—it filled him with himself!

Read more: Your Picture or Your Life?

SOAP IN THE WATER TANK

Why a Christian’s Testimony is Often Powerless
With God there are no conditions for salvation—“whosoever will;” but there are many conditions for power in service. One of these conditions is that we must not only lay aside every “sin”, but every “weight”—be pure, cleansed vessels, or God cannot use us.

Written by unknow on 08 December 2008. Posted in Christian Living.

“I Make You Captain of My Guard!”

It is said of Napoleon that while he was reviewing his army one day, his horse became frightened at something, and the Emperor lost his rein. The horse lost restraint and went away at full speed, putting the Emperor’s life in great danger.

Read more: “I Make You Captain of My Guard!”

Lost in the Church! 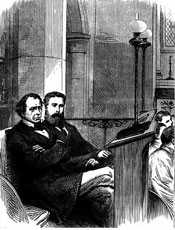 What a startling phrase! “Lost” is a chilling word to anyone who has had the experience. Our emotions are stirred and whole communities and nations are aroused when some child strays away in the wilderness, or some daring aviator is lost in the forests of Canada, or the frozen ice fields of the north.

Read more: Lost in the Church!