Written by Roger Hertzler on 02 April 2009. Posted in Church Matters. 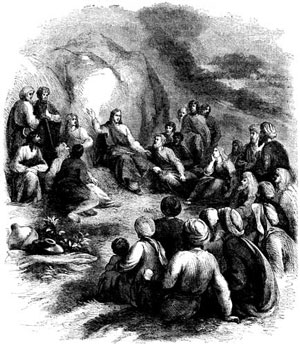 In the early days of Christianity, there was one passage of the Bible which held special significance for Christ’s followers. This was Matthew chapters 5 through 7, which is commonly called the Sermon on the Mount. This sermon was used as a catechism for new believers, and it formed much of the foundation for early Christian doctrine and practice. These first Christians believed that this sermon was meant to be taken literally and obeyed explicitly, and it became a defining factor of the very essence of Christianity.

But if you could imagine with me for a moment, I’d like to ask you a question which may shock you at first. What do you think would happen if we would form a church which, rather than trying to follow the Sermon on the Mount, purposed instead to violate it? What would happen if we would look at each major issue discussed in this sermon and then do the exact opposite of what it teaches? How would such a church look?

Let us take a brief look at just a few of the topics discussed in the Sermon on the Mount and try to imagine what a deliberate violation would look like. Then let us, in light of this list, take an honest assessment of our own Christian lives, of our church, and of American Christianity as a whole.

As you meditate on these thoughts and allow God to speak to you through them, please consider these words from His Holy Word:

Hereby we do know that we know Him, if we keep His commandments. He that saith, I know him, and keepeth not His commandments, is a liar, and the truth is not in him. (1 John 2:3-4)

And unto the angel of the church of the Laodiceans write . . . because thou art lukewarm, and neither cold nor hot, I will spue thee out of My mouth. Because thou sayest, I am rich, and increased with goods, and have need of nothing; and knowest not that thou art wretched, and miserable, and poor, and blind, and naked. (Revelation 3:14-17)

Wherefore come out from among them, and be ye separate, saith the Lord, and touch not the unclean thing; and I will receive you, And will be a Father unto you, and ye shall be my sons and daughters, saith the Lord Almighty. (2 Corinthians 6:17-18)